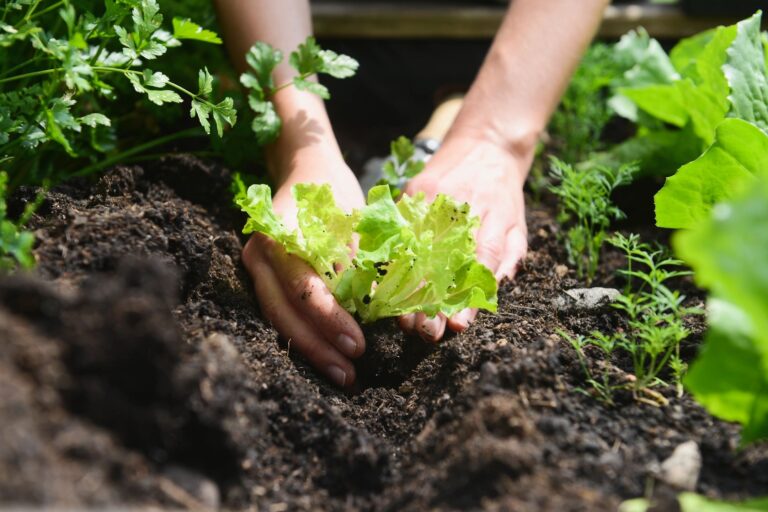 The environmental effects of solar energy are positive with no cons against in 2020. If not for the Corona-virus striking the United States, home solar was ready to sky rocket in popularity. Home solar is profitable for homeowners in 2020 because of lower prices. Unfortunately the virus has been a setback for home solar installations.

The Environmental Impact of Home Solar Is Positive

Interesting enough because of the Corona Virus we have some amazing visuals of cleaner air. From the Himalaya’s to The Eiffel Tower, we can visually see the air is cleaner. Pollution is evil, there isn’t a single benefit from it for the Earth and it’s inhabitants! The environmental effects of solar energy will be enormous, we can’t begin to imagine posiive impact. 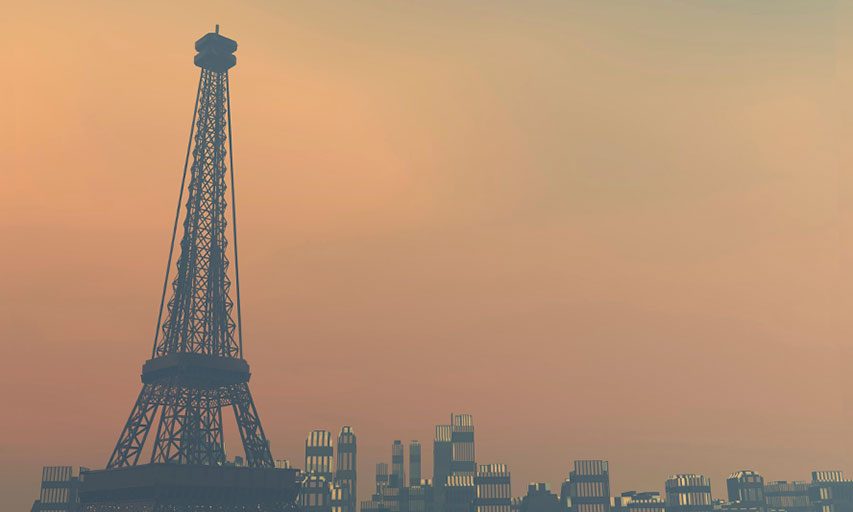 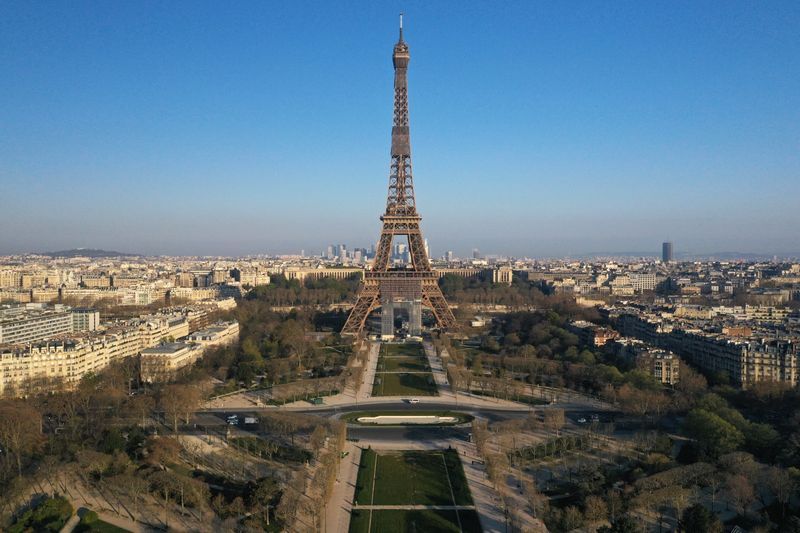 Home Solar Is The Leading Solution for All of Mankind

Home solar is the leading solution for mankind’s power needs for thousands of years to come. It does appear the fossil fuel industry is preparing for how rapidly solar energy will engulf the Earth. Pay attention to how the fossil fuel conglomerates are focused on bringing as much oil and gas out of the ground as possible. They are hearing footsteps, and they are very concerned about the impact of the solar revolution. So they are glutting the market and trying to keep prices up at the same time in 2020.

The environmental impact will improve the quality of air and water. I personally don’t care what or how we get there, so long as we get there. it’s about time we love our planet with the understanding that it’s fragile.

We have done tremendous damage to the Earth in the past 100 years, we need to take action before it’s too late. The human race has been amazingly adaptable to what nature has thrown at us. That does not automatically mean we will be as adaptable with man made damage to the environment?

It is possible we have initiated the beginning of the end which could cause the extinction of mankind. I know you probably think that’s crazy talk. But here’s the thing, do we really want to be gambling on that when there is no reason to. That’s what green energy is all about, an insurance policy for mankind. An insurance policy that also creates millions of jobs.

No One Conglomerate Can Scale and Control The Solar Industry

The following chart illustrates Home Solar potential, the sun can provide over six times as much energy as we use. The world is currently producing .5 percent of the electricity used on Earth from solar. That’s why we can be certain the environmental effects of solar energy are positive, partly because  of the lower costs in 2020. 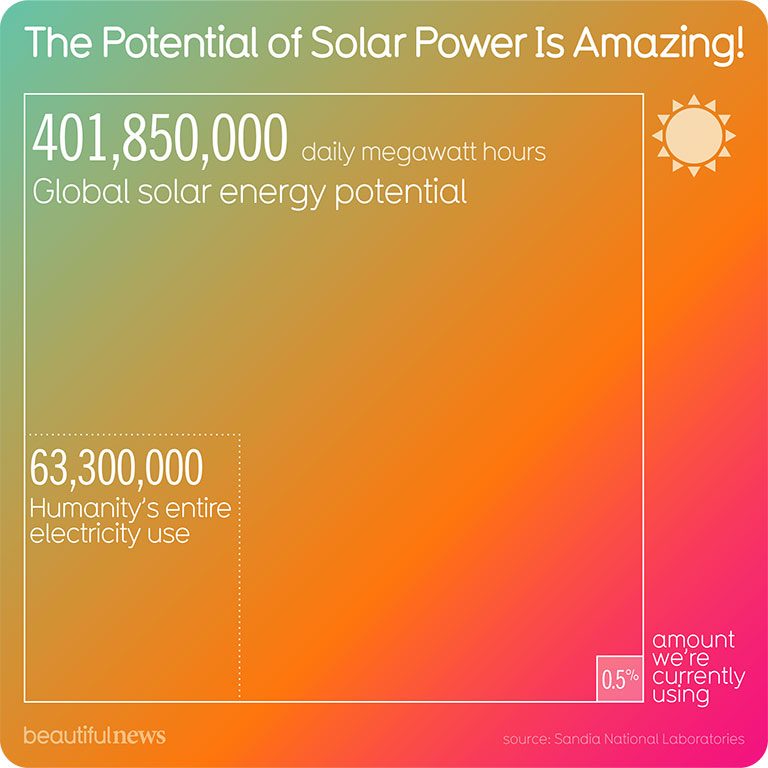 The wide spread use of solar is about ten years old, growing exponentially. The use of fossil fuels going forward is going to depend largely on homeowners around the world.Many homeowners are thinking what about commercial use of solar, because that’s a big part of the problem?

Commercial business all over the world is going to go solar in a big way because business loves saving money and more importantly control. They pay astronomical power bills and would love to take some back. The main problem for many commercial business’s is roof space is a big problem, but that doesn’t mean that will stop them. The technology will cost them more but will be miniaturized to accommodate for the lack of space.

Commercial technology isn’t cost effective for homeowners because they have plenty of space (Your Roof) for the most cost effective panels in the market. Finance companies and the power companies wouldn’t be taking the risk if they thought solar technology couldn’t stand the test of time. The power companies are making massive investment into solar farms. The finance companies are doing 20 year loans, so that suggests they are confident the panels will last.

Solar panels come with a 25 year manufacturer warranty, and they seem to stand by their products. Primarily most solar panel manufacturers are very reputable names such as LG, Panasonic and others that have made a good name for themselves.

You can have peace of mind when it comes to the quality of the equipment because installers are busy and can’t afford the headaches. Simply put, equipment in 2020 is top quality for the most part and have improved dramatically.

Going Solar Isn't As Difficult As You Might Think

A lot is made of how difficult going solar is but I didn’t find that to be the case. When I was a Solar Sales rep  we averaged 30 days from the beginning to interconnection (powered on). Hire the right people and they will do the rest, you don’t need to be a solar expert. All you need is the basic information about what to be aware of when going solar? U.S. Solar Report provides the information you need to make an informed decision. Many of our articles have the information you need.  Preparing for solar, financing solar, the costs of solar and the tax credits available through 2021.

The Timing Could be Perfect for Solar Energy In 2020

It’s entirely possible the timing of the solar revolution could be perfect in 2020! The reasons are as follows:

The Cost of Energy Has Been a Roller Coaster Ride for 50 Years in America. I don’t see that changing in the next 50 years. If you have been paying an electric bill, ask yourself what do I own for it today?

Home Solar Is A Fixed Cost. You know in advance how much power will cost you, but with the power company who knows?

Your renting power versus investing in power with the same money?

Home Solar in America and all over the globe will create millions and millions of jobs when we need them the most in 2020! We need those jobs and that can be the motivator to get the solar revolution into high gear.

Solar equipment costs in 2020 are much lower than previously. Much more efficient and profitable if you buy right. Don’t overpay! No different than when you buy a house, buy smart.

The Environmental Effects of Solar Energy Is A Bonus!

The environmental effects of solar is  now a bonus. It pays to go solar, it’s a sound investment and that’s what homeowners need to be motivated. It’s all well and good that solar can be the best thing for our environment. But home solar still has to make economical sense to motivate homeowners.

Fortunately now in 2020 it does make economical sense. Solar is profitable and you are using the same money you were paying the power company.